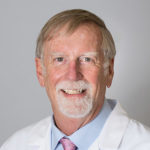 Dr. Orth was born in Chicago, Illinois, and received his Bachelor of Science Degree at Illinois Institute of Technology. His Medical Degree is from Tulane University School of Medicine and he completed his internship and residency at the Univ…Full Profile

Remicade represents a paradigm in treatment for Crohn’s disease. This new treatment is a very specific type of antibody – a chimeric monoclonal antibody. The antibody is made to attack one of the activating factors for inflammatory bowel disease – Tumor Necrosing Factor. As one looks at this treatment, it is possible that it does represent, in fact, a true new way of attacking an old problem. Thinking of the types of treatment that have been available for Crohn’s disease over the years, they have basically been anti-inflammatory in character. These so-called unspecific treatments such as azulfidine, steroids, or even the immunomodulating therapies such as Imuran have all been geared towards controlling the body’s tendency to have inflammation and self-destruction. The use of Remicade does seem to be very much more specific in dealing with the tumor necrosis factor – a major cytokine that modulates that actual inflammatory response.

One can look at this treatment in comparison to how we have fought wars over the years. In the First World War very nonspecific and caustic agents such as poison gas, as well as low-caliber and poorly aimed weapons, were used to vent mass destruction with the associated aspects of the war. In the Second World War the use of radar, and subsequently specialized bomb sites, etc., did greatly improve the delivery of weapons to the area in question, and had the associated diminished effect of destruction being primarily at the area that was being attacked. However, this was seen to be a very inefficient approach when one looks at the method of the Gulf War. In the Gulf War, Eglin Air Force Base laser-guided missiles and “smart weapons” were able to deliver a payload right into the appropriate door or window under attack.

If one compares these types of very specific treatments, one would realize that the original types of drugs we have used over the years do represent increasing tendency for a more specific, but still inefficient, attack – until now when a monoclonal antibody can specifically take out the offending agent, which is partly tumor necrosis factor. The balance between tumor necrosis factor as a pro-inflammatory process in various interleukens as an anti-inflammatory factor may well play a role that will demonstrate a major shift overall in the treatment for Crohn’s disease.

This drug has been approved for patients having a Crohn’s disease activity index (CDAI) that is significantly elevated while on aggressive standard therapy. The drug is also indicated for the treatment of fistula – specifically enterocutaneous (gut-skin fistula), though may also have a role for application in enteroentero (gut to gut fistula). This drug also has activity in diminishing other inflammatory problems. It has been shown to decrease the arthritis that is associated with inflammatory bowel disease. In November of this year the drug response to treatment of rheumatoid arthritis will be released at the Rheumatology meetings, and many are hopeful that it will have a similar positive effect in that character.
There are other potential applications of this drug in certain skin, liver, or other inflammatory diseases. Of note also is that the application of such a specific drug may give new understanding to the actual underlying mechanism causing inflammatory diseases such as Crohn’s. The relationship of Crohn’s disease to underlying gut antigens from bacteria, and interesting models in so-called “germ-free” animals, may give us dramatic insights as to how Crohn’s disease is caused initially. We are all looking forward to helping patients with the debilitating diseases of Crohn’s, and other inflammatory diseases, using new weapons in our arsenal.